"Life is not about being right — it’s about learning, growth, and finding your way to the truth."

Don Johnson is a former business, and sales leader turned writer, transformational coach, and leadership consultant. He is a top writer on Medium.com, telling life stories and lessons learned on his journey in and out of chaos. He is also the founder of the Integria Group, a boutique consulting firm offering transformative coaching, conscious leadership, and team-building solutions.

He started his career helping to open the first-generation natural food stores in the United States. This was part of his ten-year career with Elan Vital, an organization that sponsored the teachings of Prem Rawat, an Indian guru teaching ancient meditation techniques. At Elan Vital, Don held positions of community director, meditation instructor, and President. 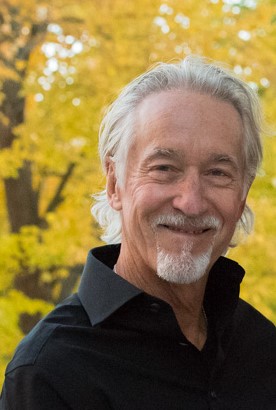 He then joined Zenger Miller-AchieveGlobal, an international leadership development organization where he was a consultant, sales executive, and vice president of a $20 million business unit.

Don became a principal consultant with Axialent in 2006, a culture transformation organization, working with the author of the best-selling book Conscious Business, Fred Kofman. During this time, he provided coaching, leadership development, and culture projects to senior leaders and teams at Google, Microsoft, Yahoo!, YouTube, AXA Insurance, The Boston Consulting Group, Owens Illinois, and Crowe Horwath.

In 2011, Don joined Insights Learning & Development, a global people development company, and soon became the director of sales. He facilitated the merger of three separate sales businesses into a single entity and helped triple the revenues during his four years as a member of the senior leadership team. He left Insights in 2017 to refocus his work on The Integria Group and pursue his long-term interest in writing.

Don has a BA in English Literature from Ohio Wesleyan University. He spends his time in Michigan, as well as Tayport, Scotland, with his wife, Mariclaire. He’s been a competitive tennis singles player and a serious singer-songwriter, releasing three albums. In his spare time, you may find him painting, hiking, golfing, or playing the guitar.